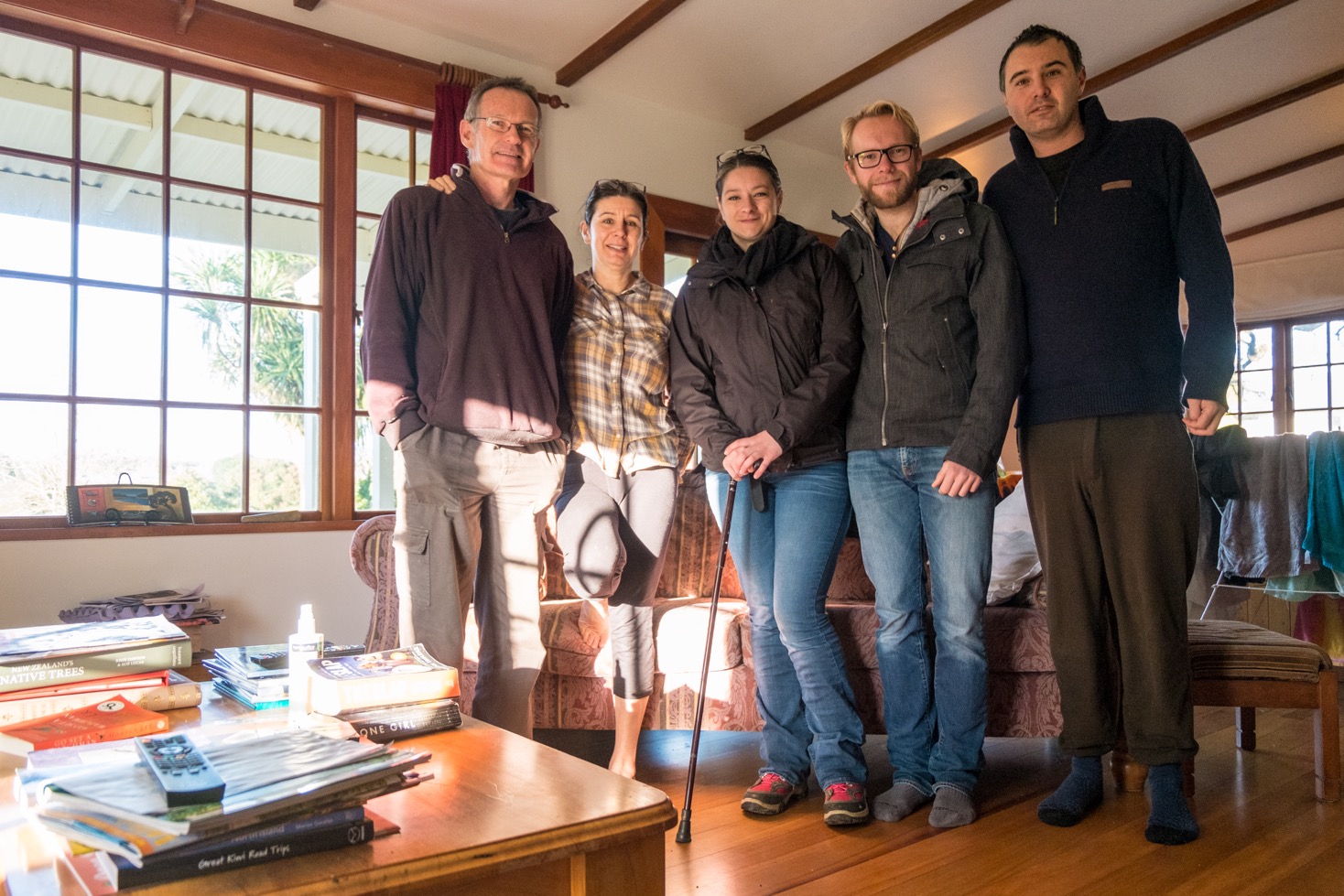 HelpX in the middle earth at Judith and Martin’s place

After two week with Anne in Kawerau and ten days in Raglan we arrived in Matamata in the beginning of August for a new helpX week. In that middle earth, despite Hobbiton proximity, we haven’t met any hobbits, dwarves or elfs but we spent a lovely week with Judith and Martin, two humas as kind and friendly as hobbits!

As soon as we met them we felt really comfortable with them. We arrived at the beginning of the evening and discussed until 11pm. We didn’t realise how late it was. We got to know each others and also Judith’s brother, Frank, who was there for a few weeks. Judith explained us her work as a naturopath and asked us a lot about French langage as she really likes French. 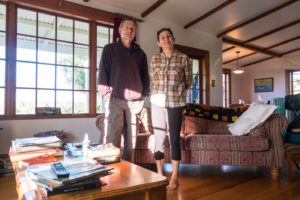 Regarding work, If we would have listen Martin we wouldn’t have work a lot! He wanted us to take most out of our stay at their home to discover the area. According to him, there was no urgent work…. But work is also part of helpX experience. So let’s work!

During this week Franck learnt basics gardening and increase his skills later during others helpX. At Judith and Martin’s place he had to pick dead leaves and flowers, to prune bushes and even to plant trees! He also fixed the henhouse! Indeed hens found a way to get out of it and invaded the living room every mornings! 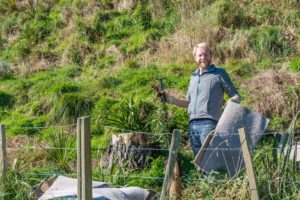 As for me I had very different tasks. I went to Judith’s office to do some data entry. I also cleaned her wedding dress because some red wine had been spilled on it. A long-term and meticulous work but I really enjoyed to see Judith happy and relieve when she saw her  wedding dress white again.  I also cooked and taught Judith’s brother, Frank, how to cook chocolate as he really likes that.

Despite their busy working days Judith and Martin spent as much time as they could with us and in a week, we already had some routine! Everyday we taught Judith two or three french words and every evening we had long talks about many things after a good dinner. Judith and Martin gave us many good advices about what walks we should do in the south island, their accessibility and about how to make good investments in New Zealand. They also show us videos of their walks in the south island. That confirmed what everybody says: south island looks incredible! Couldn’t wait to go there!

One day we walked the “Waikato River Trail” with Judith and her brother. This easy walk along the river was enjoyable. We didn’t see impressive landscapes but it is still a lovely walk to do if you are around Matamata. This walk is quite easy for a wheelchair user even if the ground is covered by gravels. However to start the walk it is necessary to be able to stand for a short time as there is a kind a crossbar preventing cars for entering the pathway and a wheelchair doesn’t fit in it. Also during the first metres there are differences of height. 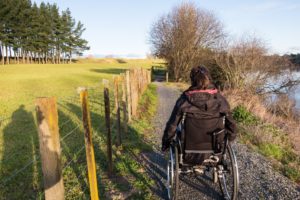 On the Waikato River Trail.

Martin and Judith shared a lot with us. I felt like in a new home on the other side of the Earth. I loved to discover their photo albums and listen to their stories. We also show them a bit of our stories through some pictures of Brittany and Rennes where we used to live. That reminded them memories as Martin grew up in England and Judith spent many months in France and in Europe when she was working in the fashion industry. To perfect this French culture time, we watched “Manon des sources” all together. I never watched this classic French movie with a lot of clichés before! Berets, baguettes and south accent were not lacking!

To end this lovely week we went with Judith in an outside hot pool filled with natural hot water. That was the first time that we had a bath in natural hot water. I still remember this moment as a cherish memory. Bathing outside during night under a bit of rain and at the same time feeling hot while looking at the stars: such a magical moment!

You want to read more about HelpX adventures? Here is my post about my first helpX in New Zealand, in Kawerau in the Bay of Plenty.

Auckland, the city of sails