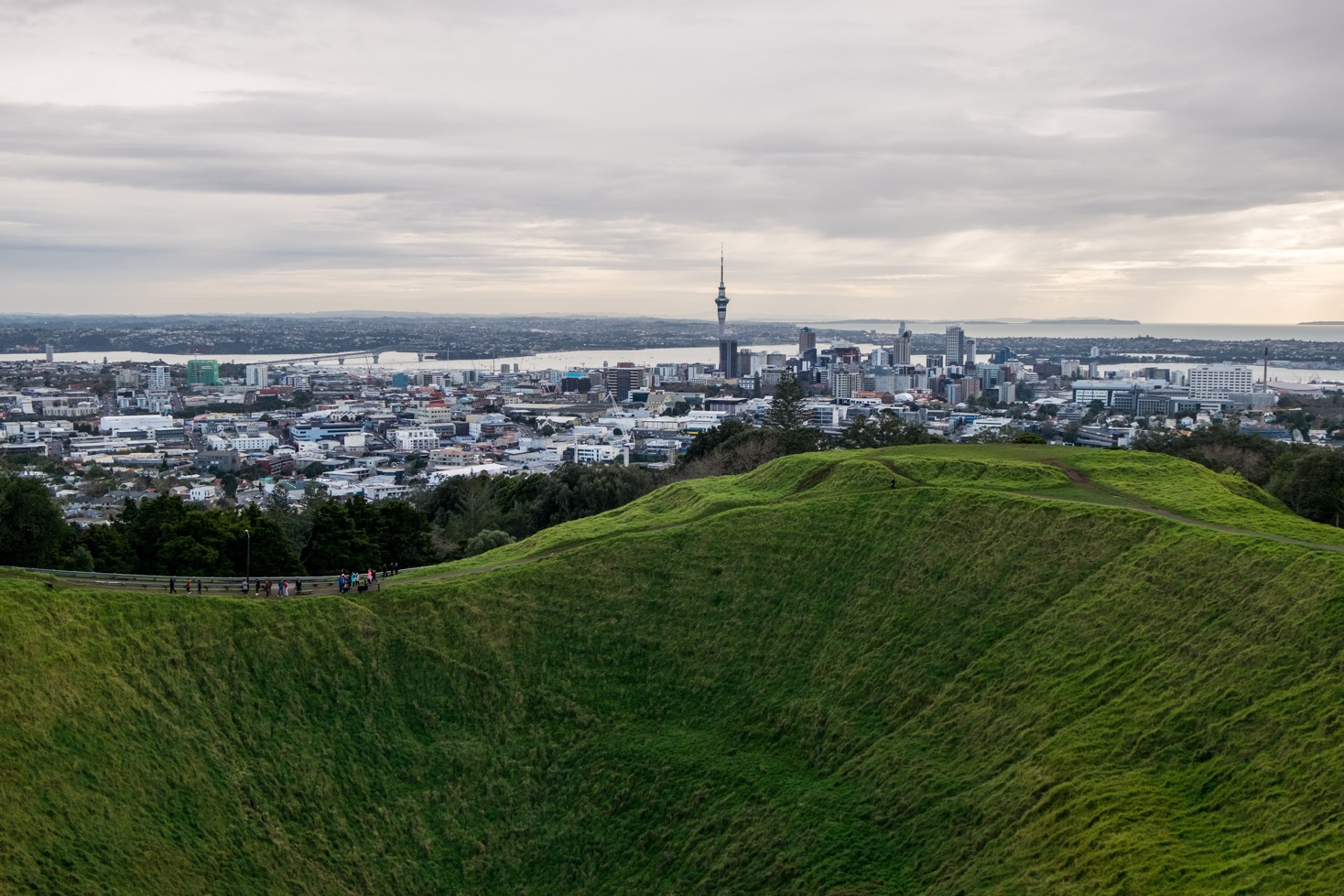 Auckland, the city of sails

Auckland, located in the north island north-west, is the biggest city of New Zealand. For that reason many people think that it is the capital whereas it is actually Wellington. Auckland do gathers more that a third of the New Zealand population. This city can also boast about having the world highest rate of boat per inhabitant which is why it is called “city of sails”.

As a lot of foreigners Auckland was the first New Zealand city that I visited. As the main economic centre, it hosts the biggest airport. Like many people arriving in the country with a working holiday visa I spent a week there in order to get papers and buy a car before starting to explore the north island. Despite a really bad weather we succeeded to visit the city during this week. 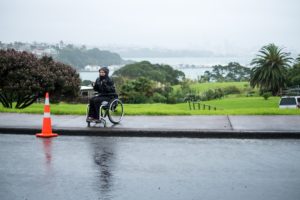 Let’s roll! Rain will not stop us!

Auckland is often named as one of the most enjoyable city to live in the world but it didn’t really win my heart. For me this city doesn’t have a real identity. It is true that it was raining during all week so maybe I would have felt it a different way under the sun. However I came to Auckland during last summer and I still continue to prefer Wellington despite its windy weather.

Nevertheless that is only my personal opinion and that is surely not just luck if Auckland is granted by such a good reputation. Many districts are interesting to visit. If you like to stroll near the sea “Queen Wharf” is a pleasant place. I liked to walk around the wharfs. That place is even more enjoyable during summer while you can lie in the sun looking at the pacific ocean and those little volcanic islands. For those we are very keen of food there are also many takeaway food stalls installed in portacabins.

“Ponsonby” is also an area that I like because it is very lively at night as there are a lot of restaurants and bars. After all the most difficult in Ponsonby is to decide in which restaurant or bar we will indulge ourselves!

Last but not least Auckland would not be Auckland without the Sky Tower. Built in 1997 this tower is 328 metres height which means it is the highest tower in the south hemisphere and it is 28 metres higher than the Eiffel Tower. As it looks like a needle it is very easy to recognise. It is possible to go at the top of it to enjoy the view or for the bravest it is also possible to bungee jump from there.

Once we visited all must-do we took advantage of the next days to stroll in the gardens and visit some museums when it was too rainy. 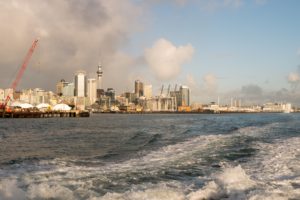 View on Central Business District and the Sky Tower from the ferry.

“Auckland Domain”, a park in the middle of the city

With its 80 hectares “Auckland Domain” is the biggest and oldest park in Auckland. Strolling in it is pleasant and easy for a wheelchair user. I particularly liked to roll through the “Centennial Walkway” as we can see kauris. Also I would advise to go and see the winter gardens before or after the walk. I was in love with this place at first sight. It would have been one of my usual place to be if I would have choose to live in Auckland. I could have spent hours just looking at the different exotic flowers and enjoying the sun in front of the water lilys.

Mounts “Eden” and “One Tree Hill”

Auckland was built on many volcanoes, about fifty. Mount Eden is one of them. This volcano is 196 metres high so there is a superb view on the city from the top of it. In addition from there you can also see its crater but it is not allowed to walk in it as it as a sacred place. Still Mount Eden is definitely one of the must-do if you visit Auckland. 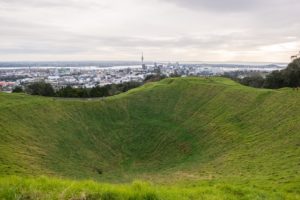 What do you think of this view?

To access the summit there is a walk to do from the parking the base of the volcano. This walk is impossible in a wheelchair as it is very steep. However only one call to the city council is needed to get a free car access to the summit during 24 hours. It is really easy: I just call them when I arrived at Mount Eden and ten minutes later I had the access code.

After we discovered Mount Eden we have been to “One Tree hill”, another mount which is 182 metres high. Even if it is not as high and famous as Mount Eden this volcano is also is very good spot to enjoy a good view of the city. It is a possible to access the summit by car but I think it is more enjoyable to go by walking (if you don’t have any health issue) as the stroll is pleasant and there just a few parking spaces at the top and you might need to wait to be able to park your car. At the top the view is great as we overlook the city and the volcano slopes covered with cute lambs.

“Memorial War Museum” is a must-see for those who want to learn more about New Zealand. It is a very good museum. Outside its architecture is impressive: it overlooks “Auckland Domain” and looks a bit like an ancient Greek temple with its big pillars. Inside the museum is divided in many parts: daily life in New Zealand, the two world wars, the History of the country, the maori culture, fauna and flora of the country. All the emblematic animals from New Zealand are present: kiwi, weta, kea and moa. I really liked the maori culture part which is substantial. There is also a room dedicated to volcanoes where there are a lot of informations about volcanic and seismic phenomenon and an earthquake simulator.

Regarding the accessibility everything is perfect. 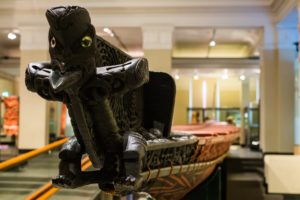 One the most beautiful pice of the museum: a 35 metres waka.

Where to eat and sleep in Auckland?

For those who are always keen on food, here are some good addresses: 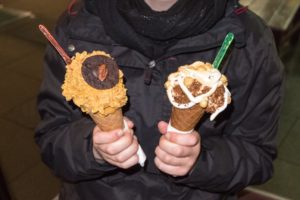 Regarding accommodations as we spent most of your nights in an Airbnb we only tested two backpackers hotels: