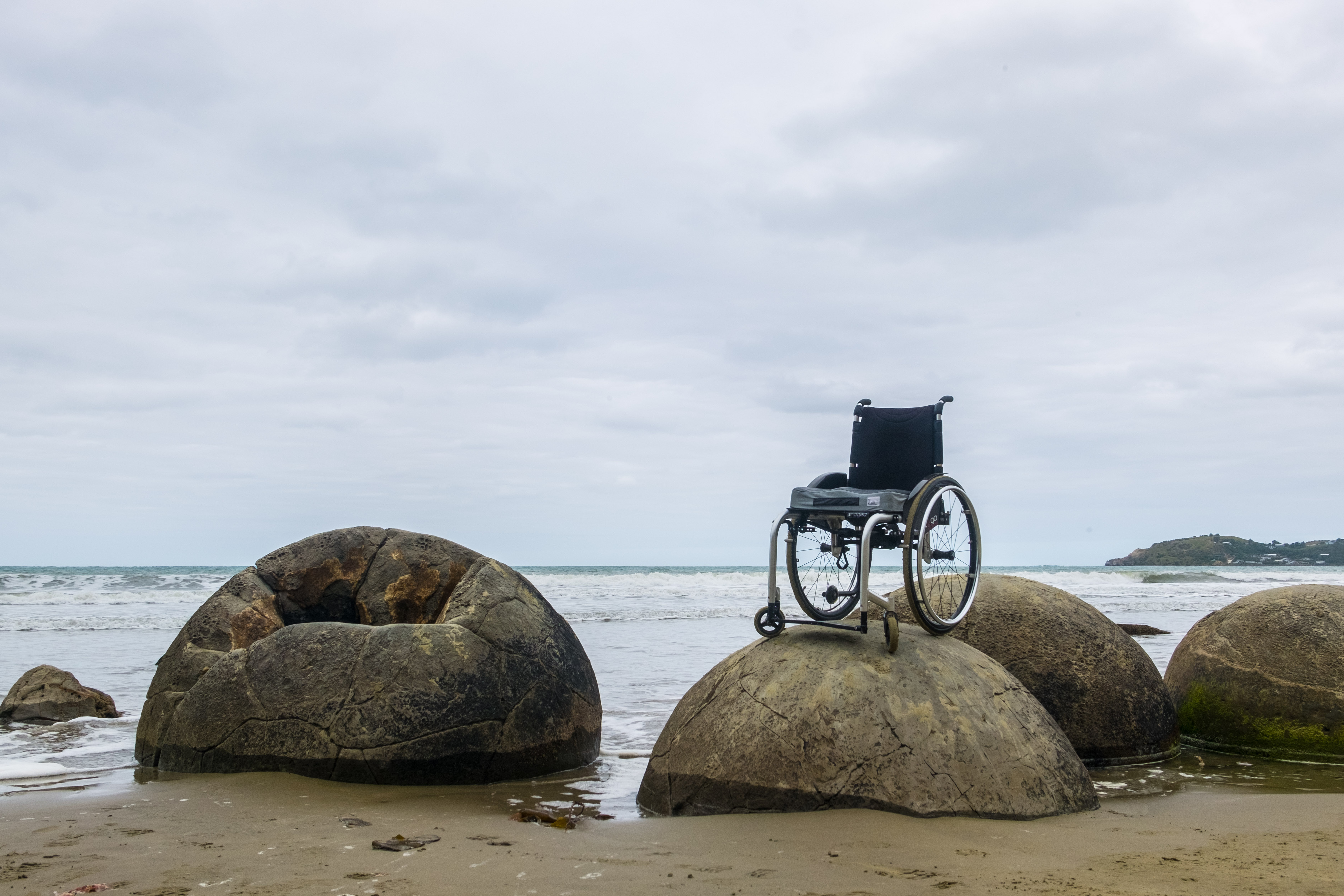 This time I will stay dry! No more adventures in the Milford Sound joker waters, today I will take you to discover a part of the south island east coast to admire some beautiful and surprising rocks. Feel the wind in your hair, look at the ocean as far as you can see and get a breath of fresh air!

First stop: Nugget Point at the Catlins very north. The Catlins are a New Zealand area located in the South-east where landscapes are less impressive than elsewhere in the south island but still really charming. There you will find many agricultural lands, native forests and lovely shores.

Nugget Point is called that way because of the many rocks scattered in front of the coast at this place. Indeed those nuggets are neither gold neither a fast food meal. On this rock nuggets you can break your teeth! 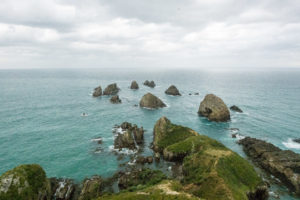 Where is the chicken?

The pathway going from the car park to the view point is as interesting as the nuggets itself. This 900 metres walkway go along the cliff and offers good view of the coast. It is a very steep pathway and a manual wheelchair user will need someone to push it. However there are no steps at all. 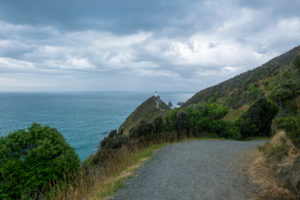 The view at the top of the first slope.

In 1870 the lighthouse was build as a lot of boats washed ashore in this zone. It is not surprising with all these rocks which must be hard to discern at night or if the sea get rough. The lighthouse is only 9 metres high but fortunately it is visible enough as it rises 76 metres above the sea. 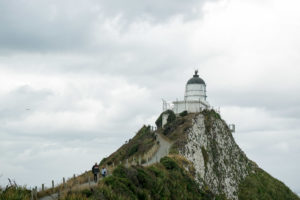 We can see the platform on the right.

At the pathway end there is a platform to enjoy the view. I had the impression that I was at the world’s end facing the ocean as far as I could see. Those rocky and exposed coasts reminded me a bit Brittany. If you get the chance to come at dawn don’t hesitate : it is supposed to be amazing as the coast is faces east.

At Nugget Point you can also observe sea lions and seals which is really cool. You just need to lean your head and look below at the bottom of the cliff and on the nuggets. Sometimes it might be difficult to find them as their fur is brown, like the rocks. But if you keep looking for a bit you will find them. There are also a lot of sea birds flying around. 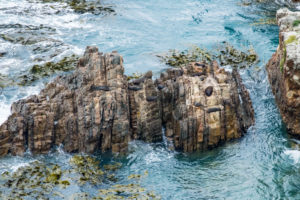 Here they are snapping on a nugget!

Another must-do in the south island east coast is Moeraki Boulders, 30 minutes south from Oamaru and one hour north from Dunedin. Indeed Moeraki beach is very surprising : there are tens of huge and spherical rocks! They weigh tons! The biggest are about two metres diameter! 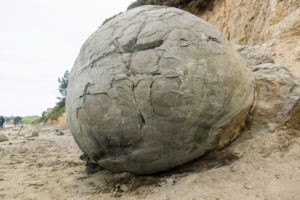 It looks like huge eggs included some which hatched out. These rocks are perfect to make our imagination works! Which kind of creature could get out of these eggs ? 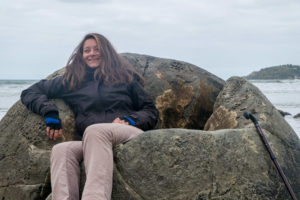 Maybe girls were not born is roses!

Part of the inside is yellowish. It seems like someone tried to fix the pieces using resin but that it didn’t perfectly work. According to the maori legend their ancestors sailed in canoe to reach that land but they washed up at Shag Point, about ten kilometres from there. The boulders are remains of calabashes, kumaras and eel baskets which transformed into these spherical rocks. In reality, according to scientists, the boulders appeared 65 millions years ago. The center of it is made of fossilized mud surrounded by calcite sediment and erosion would had give them their spherical shape. 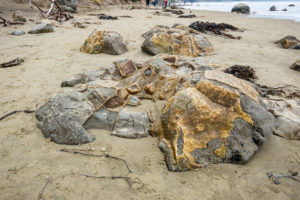 Visiting the Moeraki Boulders in a wheelchair is not easy as rolling on the sand is necessary. There is no arrangement. When I was there I parked on the first parking coming from the south. From there this is a 10 minutes walk to reach the boulders. The first metres are the more difficult as the sand is soft. I had to roll only on my backwheels with Franck’s help to push me. After that things become easier as it is possible to roll on the wet and compacted sand. From the other car park to go on the beach it seems that you will have to go through stairs to go down. Anyway, if you decide to go to see them try to avoid high tide as most of the boulders will be covered by the ocean.