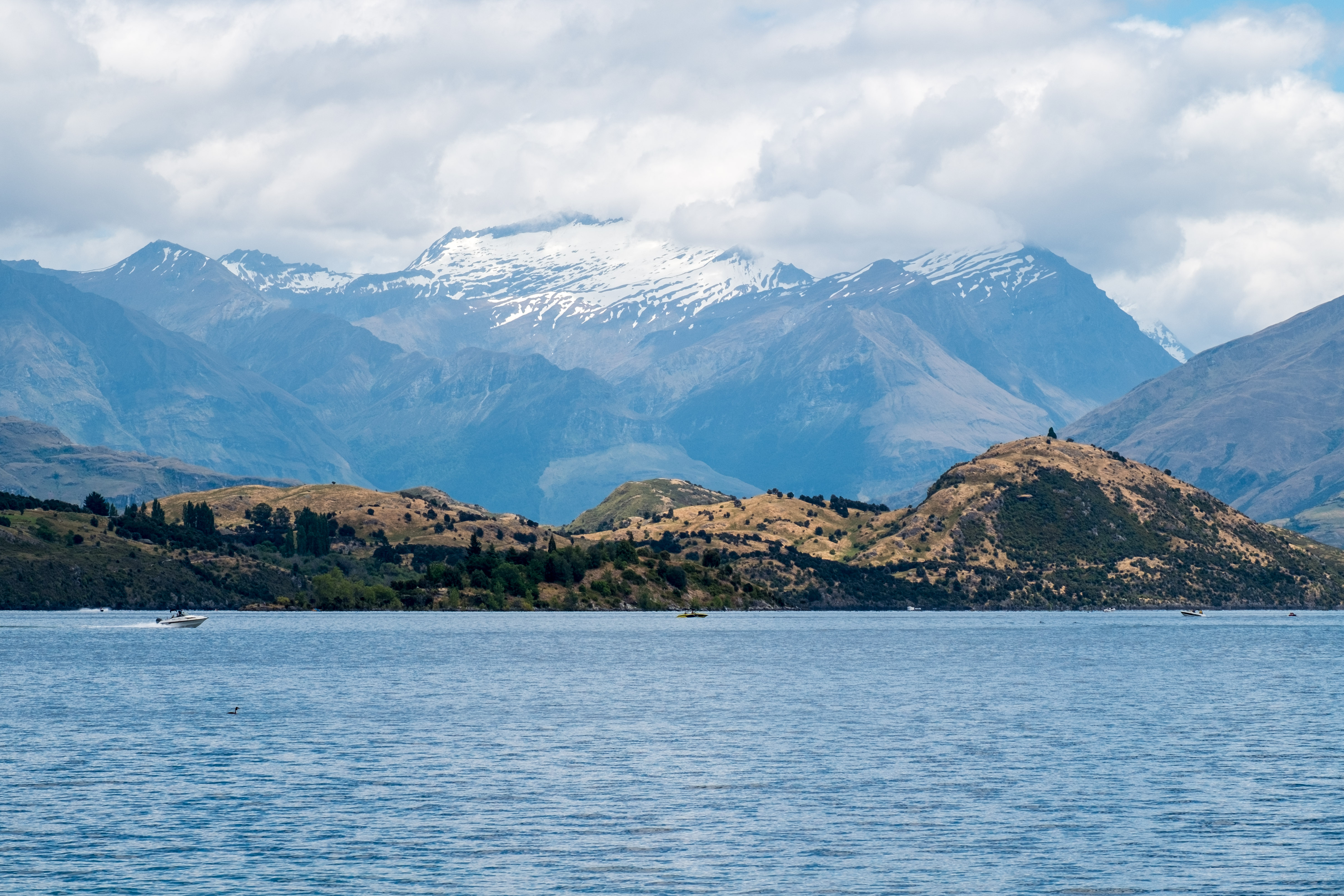 Visiting Wanaka with a wheelchair

After I discovered Wanaka in November during our road-trip with Dimitri I decided to come back to explore this place a second time during our holidays with Baptiste at the end of December. Like Mount Cook, Wanaka left me a lasting impression so it was impossible to not come back. 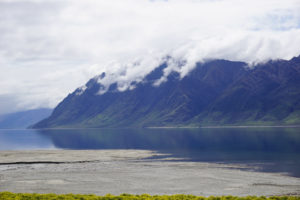 A few kilometres before Wanaka the landscapes are already so beautiful!

Along Lake Wanaka and surrounded by the mountains, Wanaka is a small charming city where a bit more of 5000 people lives. During the summer and winter the population ramps up. During the summer people come to chill out, to swim in the lake or to bike around it whereas during the winter  streets are full of skiers and snowboarders. Indeed Wanaka is located in the New Zealand South Alps, close to some ski resorts as Cardrona and Treble Cone. Anyway, November and December are not the right months to practice winter sports so, even if I would love to do some sit ski again, I will talk to you about my walk around the lake and in the town centre streets. Follow me, it’s time to visit!

At Wanaka, like most of seasonal cities, you will find a lot of restaurants, cafes, ice cream parlours and souvenirs shops. The most difficult will be to choose! So let me give you some adresses I like : 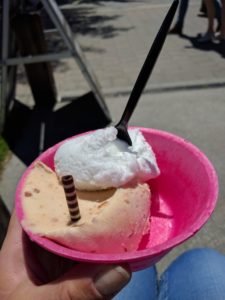 I’m always keen on an ice-cream!

Regarding the accessibility, the town-centre is really good. Pavements are well-maintained and have lowering. There are two free parking places for disabled people just near Dungarvon carpark entrance.

Unfortunately, even if the city is accessible, it is still possible to meet dumb people! During my second time in Wanaka, in December, they were so much people because of the Christmas and summer holidays. Before heading to a walk, I had to go at the « New World » supermarket (20 Dunmore Street) to buy a picnic and some others things. Well, even if I really like this city I almost had a fit and left it! The supermarket car park is small but there two parking places for disabled people. Unfortunately these two places were taken when I arrived and not any other was available. As I had some food shopping to bring back to the car I didn’t want to park too far away. So I continued to look for one parking place. Once a place sets free a young woman, most likely a backpacker, took it and pretended that she didn’t saw me. She even came back, after doing some food-shopping, to her car to drop-off some bags before going in other shops in the street! I was boiling over! Really, I just can’t bear these people. A few minutes later the next parking spot became free so I succeeded to park but I was in hurry to leave this area as soon as I would finish my shopping! But no worries Wanaka is not only shops. Far from it!

Wheelchair stroll along the lake

Lake Wanaka is the New Zealand 4th biggest lake. This lake is very frequented during the summer. Locals and tourists come there to bath, fish and practise water sports. 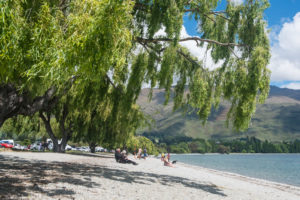 A nice place to enjoy the sun and the view.

The first time I went I didn’t do any of these activities. As soon as we arrived, we directly settled on the lake sides for a picnic. The weather was so nice and the view so beautiful that we just stayed there contemplating the lake and Mount Aspiring National Park mountains. I must confess that chilling on that beach was so cool, especially in the middle of this two weeks south island tour. To be honest I would have stay there longer if that was possible, just to observe the birds trying to pick  the picnic crumbs on the ground. 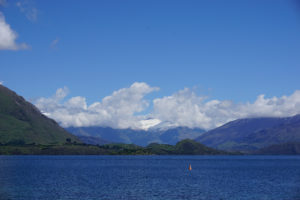 View on the lake and the Mount Aspiring National Park from Wanaka.

When I went back a month later, while the guys were gone (went for a trek during most of the day) I walk along the lake. I went from the town centre to the lone tree, about 3.5 kilometres. This a really good and accessible walk during which you can admire the national park snow-capped mountains and the rocky summit of the others mounts bordering the city. 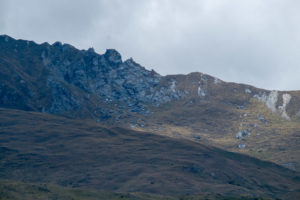 So beautiful, even without snow.

If you want to go for a walk along the lake there are two possibilities. Either you can follow the pathway closer to the road or you can take the one along the beach. The first one is perfect for the wheelchair users as it is made of concrete but it is more difficult to see the lake and the landscapes because of the trees standing in between. The other pathway is not made of concrete so it is harder to go forward  but the view is worth the effort. Also there is another drawback : it is not easy to find an entrance to access this path. Most of the time you might have to climb into the pavement because most of the accessible entrance are blocked with cars parked in front of them. Eventually, I succeeded to find access drawing away and the only time I decided to climb on the pavement people offered me their help.

« The Lone Tree », the most famous of New Zealand

I arrived in front of the most photographed tree in New Zealand. It is called « the Lone Tree ». Indeed, a few metres from the beach, this willow is alone in the water! Any visible sign of its  roots. It is curious…

Even if it’s surprising to see a lone tree in the middle of the water I must say that the place loose its magic very quickly because with so much people around. You will have to be patient to take a good shoot of it with nobody swimming around. The calm only come back when the sun disappears behind the mountains.

Franck, Baptiste and I took advantage of this time to chill-out on the beach and go for a dip in the lake. In spite of the fear of the cold water coming from the mountains we finally went for a swim. I had no regret! It did me good to take a dip. Moreover, once you’re in it s not so cold! That was a good way to end this day in Wanaka and even if I had a twinge of sadness, leaving this city, I quickly found new happiness discovering awesome landscapes on the road to Queenstown. 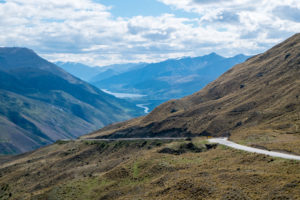