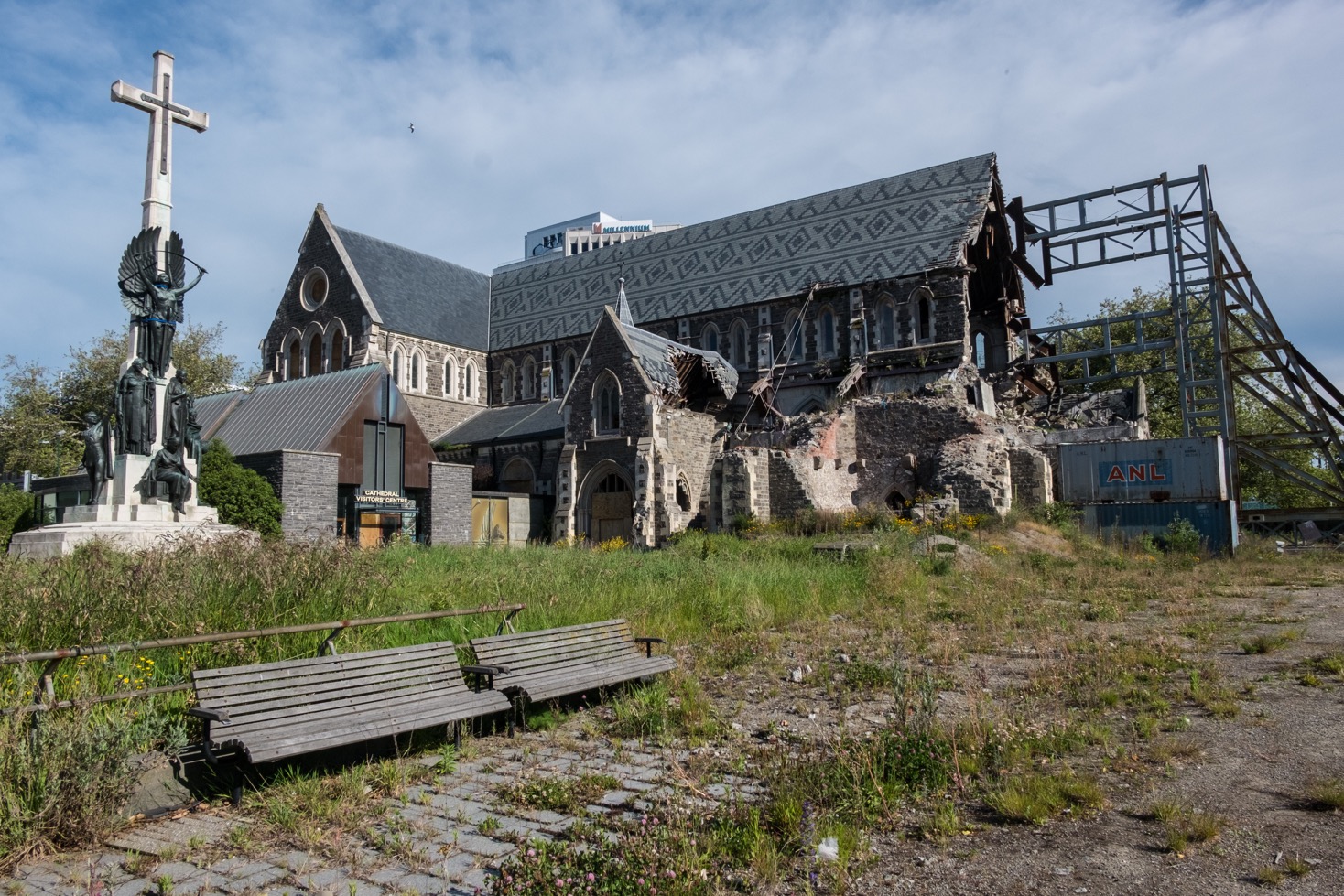 Christchurch : visiting a damaged city in a wheelchair

Christchurch, a city traumatised by the 2010 and 2011 earthquakes

On Saturday 4th of September 2010, Tuesday 22nd of February 2011 and Monday 13th of June 2011 the earth shook in Christchurch. New Zealanders are used to feel earthquakes as there are hundreds of them every year but those three ones left their marks on the Kiwi People.

The first earthquake, a 7 magnitude, happened on Saturday 4th of September 2010 at 4.35 am. Nobody died and just a few damages resulted from this earthquake but it significantly weakened the city which has been struck by another one on Tuesday 22nd of February 2011 at 12.51 pm. Even though this earthquake was less powerful (6.3 on Richter scale) it was mortal. 185 people died. Moreover between 1500 and 2000 people were injured including 164 badly injured. Material damages were a lot more important than during the 2010 earthquake. The epicentre of the first earthquake was less deep and further away from the city centre than the February 22nd 2011 epicentre. That is why there were less damages and no people died. However it weakened a lot of building which eventually collapsed during the second earthquake. A school and a national television station felt down while students and workers were inside. 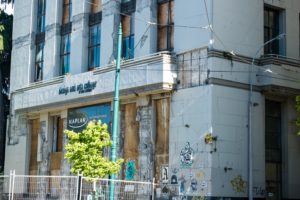 This langage school was damaged and is still in the same condition since.

According to wikipedia, the results from these two earthquakes is that a third of the city centre buildings have been destroyed or will be demolish and that the final damages cost could reach NZ$20 billions. Indeed, visible destructions represents just a small part of the expenses : electricity and water networks were damaged and thousands of people lost their jobs. Like it was not enough, nature took it out on Christchurch again as the city suffered another 6 magnitude earthquake on Monday 13th of June 2011. 6 people died, 45 were injured and many buildings endured strong damages. The Christchurch cathedral lost its bell. 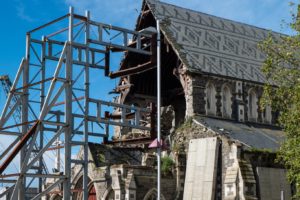 The cathedral as we can see it today.

These days even if it has been more than 6 years, Christchurch still appears as a very calm city with construction works in too many streets despite the lack of workforces. During last November, when we visited Christchurch, we met a woman who has been living there for many years. She told us her story and explained to us that her house was destroyed by the second earthquake and that the reconstruction just ended. She has just been able to go back in her home… 6 years later! In Christchurch everybody remembers these sad days and the rare tourists that didn’t hear about them before going there will quickly take note of them as a damaged building or a memorial is never far away. 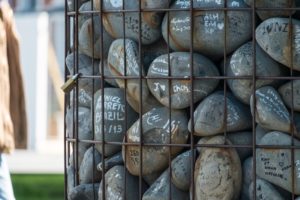 Just in front of the cathedral, Kiwis could write their thoughts, tributes and feelings on these rocks.

Despite all this and quite surprisingly it is easy to stroll in a wheelchair in Christchurch streets. I spent a full day rolling all around streets and constructions works but I never had any accessibility issue. Temporary wheelchair ramps, floorboards or others temporary solutions were settled. I was pleasantly surprised.

A cultural and artistic city

During this day in Christchurch I realised that people were really trying to rebuild it as fast as they can. Nevertheless it is not a city I want to live in. The city centre still bear the marks of the earthquakes and it lacks of a real social life. I do not consider neither that Christchurch is a must do during a New Zealand trip. Still, visiting this kind of city is the best way to picture how dangerous can earthquakes be and I must admit that I made some interesting cultural and artistic discoveries. First I really appreciated to discover a lot of graffitis in the streets. Artists took possession of the walls and these drawings are really good. All these colours give the city a new living appearance despite all the grey streets full of scaffoldings. That makes people feels better for sure! It is almost a game to find another one in the next street!

An amazing one near the cathedral.

For those who like museums, the Canterbury Museum is really good even if it became a bit outdated. In there you will be able to stroll in a colonial Christchurch street, discover a bit a maori culture, observe some Asian collections, learn about antarctic expeditions and above all visiting a reconstruction of a strange house full of Paua shells. There are Paua shells everywhere, from the ground to the walls and daily items. What a weird passion!

There are also some temporary exhibitions. We saw the one about Air New Zealand and it was amazing. You can see it until April 30th 2017. This exhibition is very interactive. We can visit some old planes reconstructions, compare cabin crews suits across time, watch the funny Air New Zealand advertisings, see the interior of a jet engine and of a cockpit. I also really appreciate that they shown us the dark days of the company by covering the planes crashes theme. It was even a bit emotional to be immersed in these sad stories.

The museum is fully wheelchair accessible. There are fitted out toilets and it is possible to book a wheelchair in advance for free.

Just near the museum the Christchurch botanic gardens are really enjoyable, especially if you like flowers, trees and animals. There are a roses garden, some huge trees, flowerbeds, a lot of ducks and others birds. You can also just seat on a bench or in the grass to read a book or enjoy a picnic. This park is fully wheelchair accessible and there are fitted out toilets. 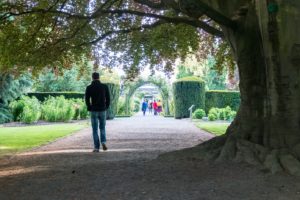 Perfect for a stroll.